In 2011, Peter and I did two back-to-back tours out west to see the Western canyons and Yellowstone. After that, his worsening dementia ended our far-flung trips. And that was the last time I was on an airplane.

But Los Angeles and the 2016 National Society of Newspaper Columnists Conference was reason to fly away for a long weekend. I’d won a place in the blogs under 10o,0oo category contest.

When I received the news, I was thrilled, but I didn’t see how I could go. I thought of dozens of reasons why not: air travel hassles, no fun without someone to go with, could I leave Peter…blah, blah, blah. My daughters, who have never taken my no’s for an answer, said one of them would stay with Peter while the other went with me. Then Leslie suggested I ask Kathie, a fellow writer, who she knew would be a perfect traveling companion. Kathie was delighted to be asked — she’d never been further west than Michigan! — and after some hiccups in her life, she was on board. And so was I.

The laughs began in Charlotte with time to kill between flights. While Kathie bought a Rolling Stone magazine with Prince on the cover, I bought Vanity Fair featuring The Queen. I told her my reading material trumped hers, even though I hated to use that T-word.

What a fantastic time. We laughed all the way to California, throughout the sessions, and home again. Two full days of the best conference either of us ever attended, two full days of travel. We laughed at the “earthquake button” in the elevator; a menu offering local protein Atlantic salmon; my security scan that made the TSA officer think I’d had a hip replaced in addition to my right knee…or did I, perhaps, have a bomb in my left pocket?

It was thrilling to rub elbows with so many Pulitzer prize winners, hear so many excellent speakers, including Leonard Pitts, and meet so many welcoming people. We felt right at home. Our kind of people.

We each had our share of personal excitement too. I already knew I’d placed as one of three finalists in the columnists “Blog under 100,000” category — I got second — but Kathie won a raffle that enabled her to pitch her screenplay to a Hollywood writer. He was interested in her project, and they’ve been in touch since. Not even a “my people will contact your people” hedging tactic — hooray for Kathie! 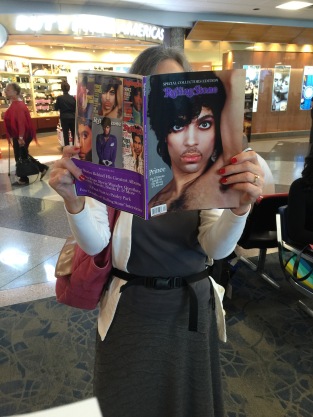 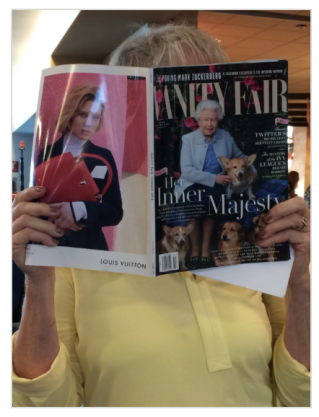 At the Getty Museum.