Our summer in southwest Virginia had more than its share of dies caniculares, dog days. And none more so than Labor Day weekend at one of my very favorite spots, Leslie and Martin’s river house.

Granddaughter Samantha and three friends, Hannah, Clare, and Bridget, were there for the long weekend with their dogs, Huckleberry, Gooseberry and Hopper. Peter, Nobby and I went for a few hours on Sunday. Peter lives in a memory care center now, so the outing was a treat for him…for both of us. When we arrived he remembered having been there before.

The day was gorgeous though bloody hot. We arrived in time for brunch and feasted on Sam’s veggie frittata, as well as mixed fruits, mimosas and coffee. All I had to do was remember to bring the champagne. The girls—to Gram they’re girls—zipped down to the river after we ate, while we four of certain ages played dominoes and cards.

The best part of the day was the laughter Sam always generates, enhanced by her friends’ asides. You’d never guess from these photos that Peter no longer knows the names of anyone pictured except Nobby’s and mine.To be fair, he’d only met Clare once, and had never met Bridget. But he plays dominos as skillfully as ever, and still offers up one-liners to make us chuckle.

The blinding storm on our return trip up the mountain turned the curvy road into a slick river strewn with rocks and branches. We dodged one monster limb that would surely have crushed a car had it landed on the roof. Peter helped drive by clutching the armrest and yelping when I punched the wrong button for the emergency blinkers, opening sunroof button instead! We were quite damp before the thing slid back in place.

But the skies cleared by the time we got to the Floyd Country Store for ice cream cones as luscious tasting as the fluffy clouds above looked.

It was a good day. 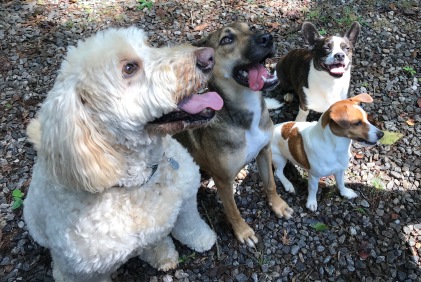 What good dogs they are. From left, Nobby, Hopper, Huck, Goose. 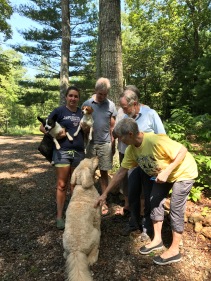 A family photo with three dogs didn’t work out. 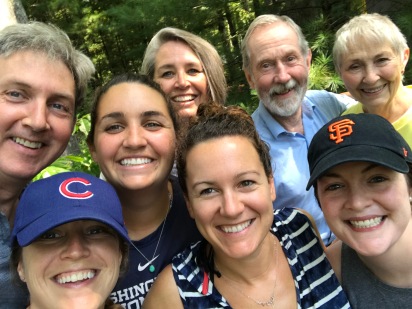 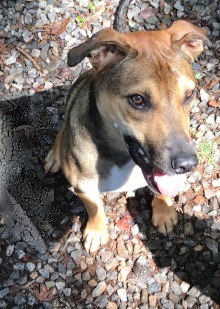 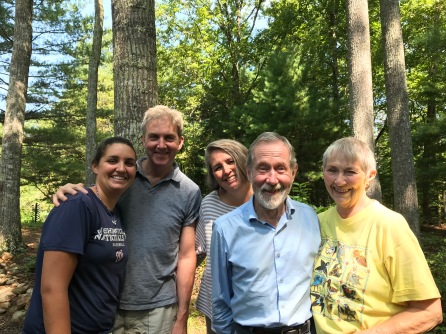 Everyone smiles except Huck. 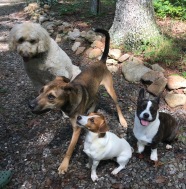 The ancient Romans called the hottest, most humid days of summer dies caniculares, dog days. Such days were associated with the dog star Sirius, the brightest star in the constellation Canis Major.

To my mind, there’s no better place to watch a fun little movie than on our couch, and no popcorn better than what I make myself.

While browsing Netflix offerings one evening I settled on “Family Movies.” Husband Peter laughed at me when I clicked on “Pup Star,” the July 2016 AirBud release. But, added to the comforts of home and my own special popcorn, when he saw that one of the stars, Charlie, was a ringer for our Nobby, well, there was no doubt home was the best place to be.

Oh sure, “Pup Star” is geared to children. True, the plot is a rather predictable And, yes, maybe the name of English bulldog judge Simon Growl is a bit too clever, but we childish oldsters really enjoyed the movie. Oddly, Nobby lay down in front of the television when he heard Tiny sing “Wherever you are.”  He seemed to enjoy watching the talented canines, and he thumped his tail enthusiastically. He loves to sing too, but he’s not in their class.  Those dogs could sing and their fancy four-legged footwork was fantastic.

What’s not to love about a movie in which “butt” is the naughtiest word in the film, a sinister dognapper is as scary as it gets, and the only hint of lovin’ is  the tender glances between rocker Charlie and country singer Emily Rose?

Dare I say, those 92 minutes were just plain fun unleashed? 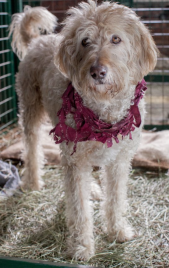 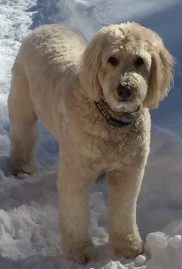 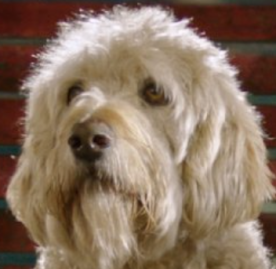 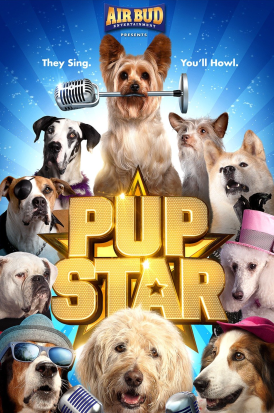 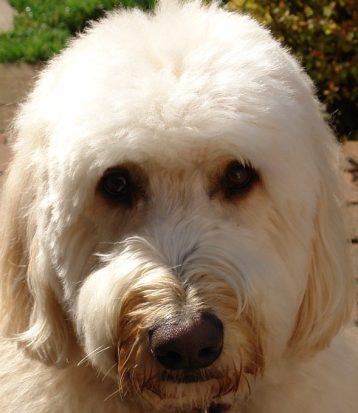 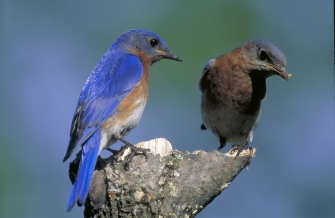 Bluebirds, maybe a dozen in all, zipped around our feeders and vacated birdhouses one very cold morning. There were no mealworms for them, but a few snacked on seeds. Several went into the houses for a few minutes shelter. If they’d had silk ribbons in their beaks they might have been drawing a Disney scene in blue.

Bluebirds are year-round residents in our area, and including most of Pennsylvania south and diagonally westward to the middle of Texas. Even so, we seldom see them here in winter. That energetic blue flock was a wonderful beginning to a winter day.

I have a feeling they were being chased by the howling wind and bitter cold being shoved south and east by an Arctic clipper. The bluebirds certainly weren’t looking for available real estate to raise their young at this time of year. When the season is right, this custom bluebird condo, built by  son-in-law Bill, is ready for them.

This is a post from last year when I was laden with humbuggedness. Scrooge, actually moved over!
But then I discovered the movie “Becoming Santa” and my spirit was renewed.
Mother Nature isn’t promising snow for southwest Virginia again this holiday season,
and the weather, to my mind, is frightful — rainy, gray, almost balmy.
So it’s time to watch my new favorite Christmas movie again…tonight! 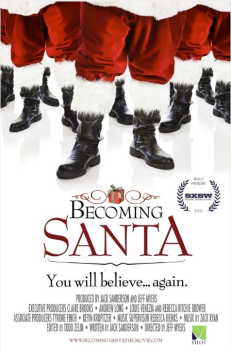 As I sat down to try to write a jolly Christmas post yesterday, there was a huge swath of snow and blustery weather swooping across the middle of the country and up into Canada. That stretch of North America has looked a lot like Christmas for several weeks already.

Here? Well, I had the windows open and my fa lala was more off key than ever.  But, within the hour daugher Carolynn and  husband Bill arrived from the little village in upstate New York where we’d lived for seventeen years, me ever glorying in the deep, cold, snowy white winters, husband Peter, not so much.

In the previous post, “Deck my halls, please,” I groaned and humbugged about my severely diminished, ghostly spirit this year.  But more than an hour past my bedtime on the shortest day of the year, if I could have gotten onto our rooftop I would have shouted, “I FOUND IT!  IT’S BA-A-ACK!”

We’d all just watched a wonderful Christmas movie.  Believe me when I say it’s better than any version of Dicken’s “Christmas carol,” “It’s a wonderful life,” “Love, actually,” “Christmas Story,” “Rudolph the red-nosed reindeer” or any other holiday movie you can name.

“Becoming Santa” (2011), is destined to become a classic, mark my words.  I found it buried deep in the “Documentary” heading on Netflix, but a quick search on-line showed that it’s available on iTunes and Amazon as well.  Treat yourself, stop what you’re doing, watch it now!

Writer/actor/star, Jack Sanderson, is a young man — mid-forties is young to me — who lost his Christmas spirit after his mother died a few years ago.  She was an enthusiastic Christmas-lover, so her death, followed not long after by his father’s passing, threw Jack into a tailspin. Then, he was inspired by a photo he’d never seen of his father playing Santa for neighborhood children.

He decides to become a Santa too, to give back, in other words.  He has his hair and beard professionally bleached and styled, gets fitted for a suit and goes to Santa school,  a film crew in tow to record the experience.

This movie has everything — laughs, sweet tears, adorable children, inspiration, dedication, hope.  What “Becoming Santa” does not have is violence, mayhem, war or foul language,  I could’ve watched it right through again, it was that good.

Jack seems determined to become Santa, but occasionally he expresses doubts.  He goes to Santa school to learn the basics — always say “children” instead of “kids,” for instance, and always “Ho, ho, ho,” never just one “ho” nor more than three.

You wonder as he wanders, musing, reflecting. Will he last, or won’t he?

There’s a lot more to the film than Jack’s own quest — Santa experts, historians, professional Santas weigh in as well. Two common threads tie it into a beautiful package: a genuine love for children and an understanding of how important Santa is to them. The “sneak and peak” segment near the end is tear-inducing, but in a good way.

This morning I’m revitalized, imbued with spirit and holiday glee.  All I need now is seasonal — make that North Pole-like — weather.

Carolynn hadn’t packed a snowball in the large cooler Bill lugged inside yesterday, but it was filled with all-important special ham and Polish sausages.  She did bring a big carton containing dozens of special cookies, and the astounding surprise of homemade peppermint marshmallows her friend Robin sent along for us. 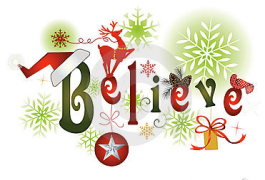 It must be said today.

A man and his dog.

Orange is the new faded blue.

‘Will I see you tomorrow or the day before?’ he asked.